This superb reproduction of the original antique copperplate engraving of “A View of Karakakooa, in Owyhee” was published in 1784 by Strahan & Cadell of London. It is a historically important chart from Cook’s third and final voyage of discovery.

This superb reproduction of the original antique copperplate engraved “A View of Karakakooa, in Owyhee” was published by Strahan and Cadell, London circa 1784. This image was taken from actual field drawings by John Webber, the official artist of Cook’s third and final voyage of discovery. Engraved by W. Byrne, this image was captured during Cook’s historic visit to the Hawaiian islands during 1779. According to the official narrative: “At eleven o’clock in the forenoon, we anchored in the bay in thirteen fathoms water, over a sandy bottom, and about a quarter of a mile from the North East shore..The ships continued to be crowded with much natives and were surrounded by a multitude of canoes. I had nowhere, in the course of my voyages, seen so numerous a body of people assembled at one place. For, besides those who had come off to us in canoes, all the shore of the bay was covered with spectators, and many hundreds were swimming round the ships like shoals of fish. We could not but be struck with the singularity of this scene.” 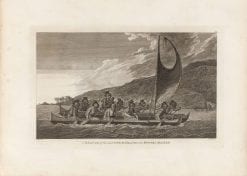 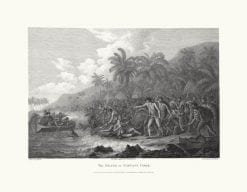 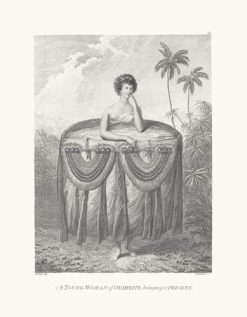 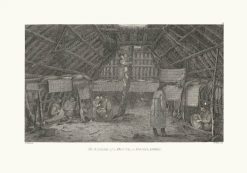 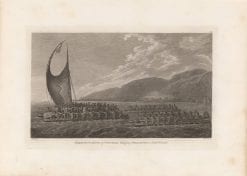 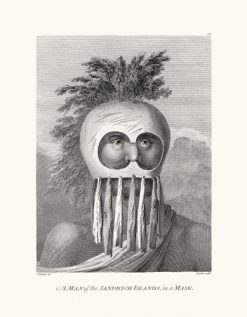 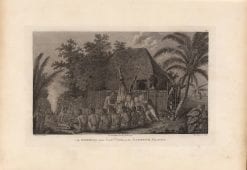